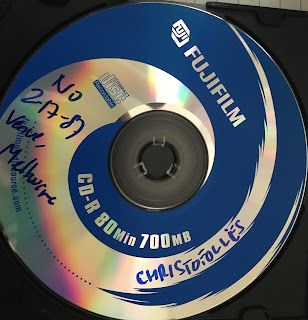 Second post in, and I'm already breaking rules.  While I called this thing TAPEFILLER, I didn't also consider CDs could also have filler too.  In this case, it's not entirely untoward, as the source of this show *is* after all, from tape.

My notes, as authored for the original share on a certain ROIO lossless music site of some repute:

NOTE: this recording is one song and is only 10:02 in length, so there is nothing to tracksplit.

Notes say this was taped by DAP (crankingamps) on October 28th, 1985 at an unidentified venue in Auckland. Extracted from a CD-R GaoBest provided me in 2003, likely digitized from the master cassette.

Erstwhile observant auto_pilot had noted in the thread:


The Chills official website has some further information on this show, including a likely line-up for the band: http://www.softbomb.com/gigs/view/id/372


(if you haven't noticed, the links should support both in-line play as well as downloading.  This is in lossless FLAC format, which you can use a player like VLC to enjoy offline)