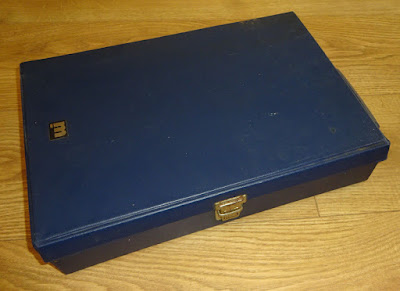 Sounds like a good time to kick off a new blog.

These selections came from tapes which were acquired off eBay.  For the most part, what’s depicted is bog standard for Joy Division / New Order live tape trading circa mid-'80s...the dates are familiar to anybody who's collected these live cassettes as their stock in trade...there were in fact several interesting items, but that's for a different write-up. 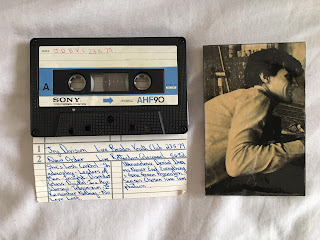 I don't precisely know what came from where, but one can only imagine.  In fact, one will *have* to, as these were taken from assorted tapes in this collection. 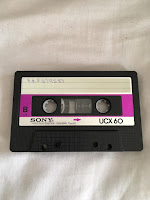 A1.  A live show?  A rehearsal?  Lost in the mists of time.   Inspired by their favorite band of all time, they give it go...to maybe a half-dozen of their mates?

Also includes a little bit of New Dawn Fades... (A2) only was sent samples, which I've collated together.

One thing I should note from these....they were dubbed by the equipment the person who shared them with me had at hand, so as received there was audio from only the left channel...rather than just go mono, I busted the nearly silent right channel, and did some noise reduction to reduce the sound of the tape machine that one can hear, and then converted from mid-side encoding to stereo. 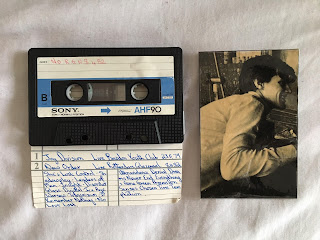 B1.  Temptation is taken from the 8th April 1982 Galzenzaal Rotterdam show, which you may be able to spot in one of these photos. 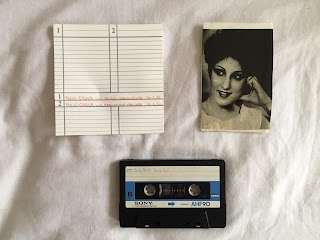 This cover of 'The Eternal' is skeletal, just bass and very minimal drum machine.  Stops midway.  It follows up with the same individual doing a cut/paste job on John Walters' interview with Peter Hook, substituting himself for Hooky and  sounding increasingly incensed through this pisstake of a cut-up.

Kudos to the mention of "a new member Glenda from Darwin's Finches who thinks you're beneath contempt."

Ends with a fairly well-instrumented cover of Love Will Tear Us Apart by a fairly decent imitation of Ian Curtis.   Cuts midway through, sadly.  Different individual(s) than the first two tracks.

B2.  "Wottawally" Shadowplay cover, all 1:31 of it before it cuts.  Yes, it's introduced with the phrase, "What a wally!".  Makes me think it also featured Glenda from Darwin's Finches on it.

The whole collection, as supplied by "Tim Bow" 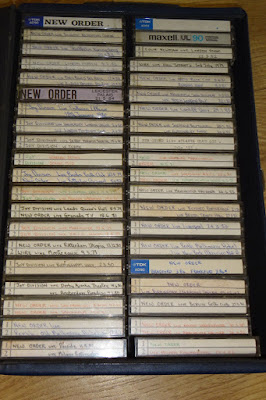 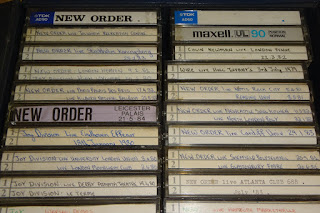 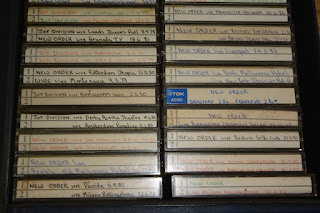