Our third post in, and we have a bunch of miscellaneous, simply -lovely- Factory filler for you.

New Order end their Saturday Live performance (which otherwise won't feature here, you can readily find this on YouTube) with a tease of Smokey Robinson's "My Girl" - A1

Then the band, appearing in an MTV Tokyo interview when they played Japan in February of 1987, talk about some of their quite innovative and remarkable music videos - A2


A3 - Then the video mix of 'Confusion' is featured, which you can hear here (hear hear!)

Or you can watch the actual video, which Warners has generously (to make a few dollars from their catalog) shared online.

What struck me when I first saw this video (on the Substance 1989 video compilation) is that you could clearly see the name of the person featured getting ready to go to the show, at about 1:25 in, as this clip coveniently reveals.  ALISE BITIC. 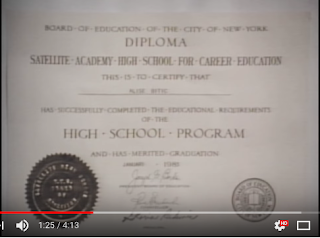 And incredibly enough, here she is today, now an automotive dealer in Amityville, NY.  I couldn't help but reach out and see if she would share how she came to be involved...Alise indeed confirmed that she was in fact in the video. 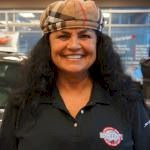 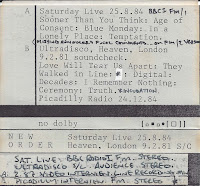 This is followed by several tracks from ACR's Inkstick Shibaura Factory, Tokyo appearance in 2 May 1987.


The flip side features a legendary soundcheck of some songs from their previous incaration at their first (of several) Heaven London performances.  However, they won't be featured here.

Instead, what will be included is what I believe was a December 1984 broadcast of a July of that year an interview on Piccadilly Radio where Tony Michaeledes (DJ and radio plugger) had Tony Wilson and band with him.

The first clip [B1] features the band discussing their recent videos, including the deal with the bit in the middle of Bizarre Love Triangle ("I don't believe in reincaration because I refuse to come back as a bug or as a rabbit...you know, you're a real UP person...") 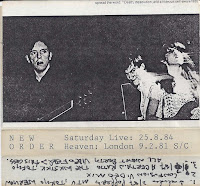 
Now, onto some of the ephemera this excavation uncovers that I just -live- to present: 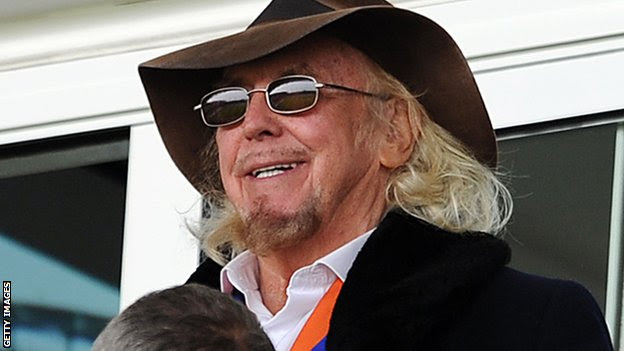 B5 - Owen Oyston for Robert Oyston and the Hatton Grammar School Choir(!), singing the seasonal "We Wish You A Merry Christmas".  At the point of the broadcast he had owned Piccadilly Radio.  He's currently the majority owner of Blackpool FC...in 1996 he was convicted of rate and indecent assault and was sentenced to six years in prison, which was somewhat commuted...the Wikipedia article which I've linked to makes for fascinating reading.

B7 - ...more with Tony Wilson and group talking about which of the three versions of Ceremony was their favorite...Barney: "we've not played it since we've made it"...and Hooky helpfully answering, "the live version, it's faster!"...and then revealing there's a 4th version of it, which is none other than them all going "der-ner-ner..." ...to their own self-amusement.

B8 - The broadcast finishes off with a snippet of Rain Parade's "I Look Around", which is cut.  The complete version, from "Emergency Third Rail Power Trip" (1983) is linked below.