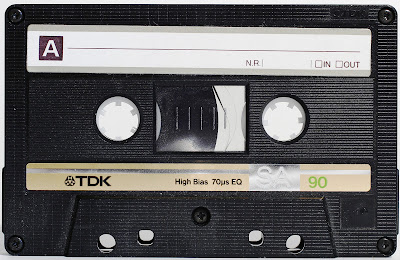 This is filler from a bunch of New Order tapes provided to my friend GaoBest from whom we've dubbed "UKBT".  One in an interminable series of these, gathered up from various tapes which the less said about, the better.  Loose lips sink ships.

A picture of  Tower Ballroom in Birmingham, which was shuttered in 2016 for a variety of reasons, not the least of which is inability to pay their taxes.  This cover was dragged out for their manager Rob Gretton's birthday. 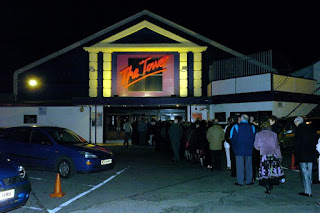 Don't know too much about Caesar's Palace in Bradford.  Lovely version of "Face Up" from that location.  Lyrics are still fairly free-form, which I've transcribed...

Sung by Slim, one of New Order's roadies, ripping off what Bobby O had ripped out earlier from them, though Blue Monday itself nicks from numerous tracks too many to recall.

Looks like a copy from the archive masters has shown up via "Reelin' In The Years".
The above is from the broadcast interview...

"Barney the eternal schoolboy with the military haircut. Hooky the individualist with long curly hair and a full beard right smack in the middle of New Wave/New Romantics era. One of the biggest electronic-oriented bands ever and yet the drum "machine" is none other than the very human Stephen Morris! What a great band in their prime...and full of irony and dry humor. Crap lyrics with a bassline that you couldn't get out of your head. Then a verse of pure lyrical genius out of nowhere. Ah, the memories! Thanks <3﻿" (Justin Silas, in the YT thread)

From FAC51b, the Xmas flexi