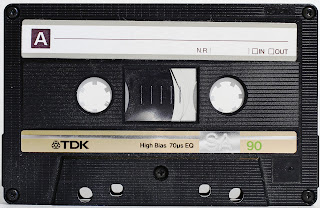 New Order tapes part 4 of unknown
Various and sundry culled from live tapes of the band.  Filler at its finest.

"Don't know what I'm doing - don't know where I'm going
Leading me to ruin - I should have traded you in
Yeah, you think you're something but you're no good for me..."

Quite an enjoyable little ditty.  Listening to this in isolation, you'd have no idea that this 1977-era punk tune would lead onto the majesty of Joy Division, rather than a bunch of blokes that got together to record a few tracks just for the fun of it. 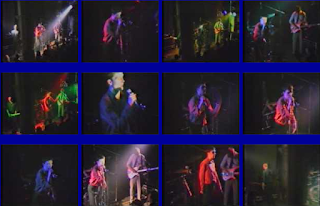 This cassette recording of one of the FAC46 "Video Nights" was for a long time the only audio we had of this video recording....which we only have these stills of.  One day, I'm hopeful the entire performance will surface, but for now, what we have is the slow-motion bits that appear in the title for FACT37 and some of "Wilderness", from the Grant Gee documentary.

Encore track that was released on the UK version of the 1988 Atmosphere CD-S.

The font in use is called New Alphabet, designed in 1967 by Wim Crouwel. Only this and 'Truth' (not available online but on the ultra-rare FAC bn.7 VHS / Betamax video
Barney famously bangs his head against the mic several times at about the 7:10 point.  So cool that this was my New Order Online a(ni)vatar until the site was upgraded.  I'm sure the forums are still going strong...just checked, they are, even with multiple Facebook groups out there...this is still the original.

The 12" version featured last time, here we have the album version.

Volume five ready in a couple more weeks or so....maybe...I may switch it up if I stumble into something before then.