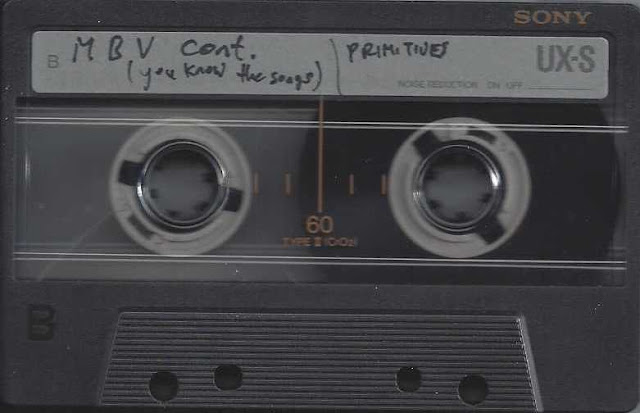 These My Bloody Valentine tapes from "ideal.copy" (I-Beam SF 6/12/89 and Berkeley Square 6/14/89) have already been digitized and shared on DIME, which for the last 15 years has been the popular go-to lossless Bittorrent-based site for whatever items of independent origin have surfaced, but what hasn't made it anywhere were the filter tracks from them, since for the most part they're just from records, and thus not sharable there.

This being Tape Filler dot org, and these being tape filler, I thought it would be good to present these here to whoever would be interested in them.

Here they are, split into three portions corresponding with each of the tapes.   The Primitives demo track is definitely worth listening to.