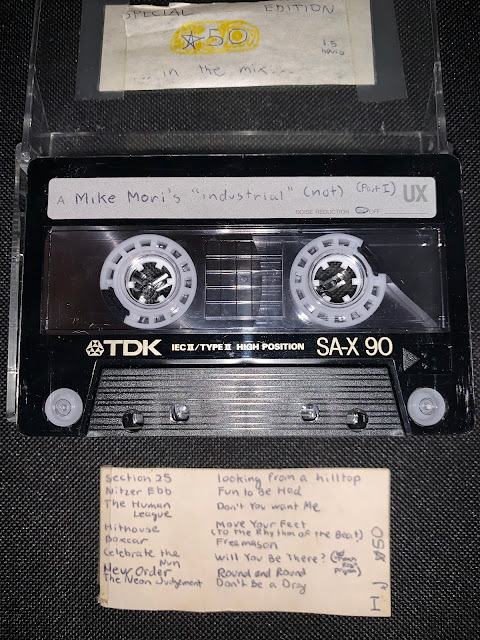 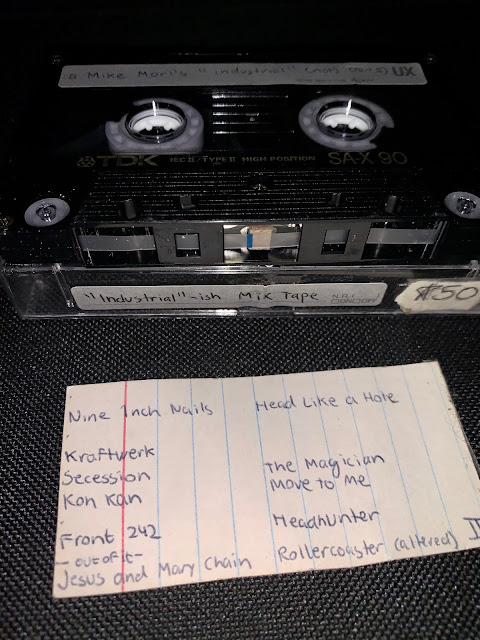 A bit of a one off, as it's not a "Modern Classics" or a "New Songs" but a standalone "industrial" (more like new beat + techno acid house + modern dance) compilation.  Don't know much about where I got this from, except that it was a HS classmate that I haven't seen in 30 years.

Have a friend of mine identifying the tracks which Shazam couldn't manage, and which weren't identified at the time on the sheet of cut-up lined paper left in the insert in lieu of a proper J-card.  Humans are better than any algorithmic pattern matching software, anyway.

Some of these mixes are via R*z*rm**d, according to him...

This dates from '89-90, and by all accounts, features many songs that were filling the dancefloors around this time.  All the songs are mixed into each other so this is likely from an (unidentified) local DJ/mixtape release that my HS classmate had.  The appearance of A10 may be a clue as to exactly who...this has all the hallmarks of a Steve Masters mix, but not one broadcast but maybe sold by him during one of his appearances...

Track listing
A1 Section 25 - Looking From A Hilltop
A2 Nitzer Ebb - Fun To Be Had
A3 The Human League - Don't You Want Me (Special Extended Dance Mix)
A4 S-50 - Input
A5 Hithouse - Move Your Feet (To The Rhythm Of The Beat)
A6 Boxcar - Freemason (extended remix)
A7 Celebrate The Nun - Will You Be There (with Lil Louis 'French Kiss' segue)
A8 New Order - Round And Round
A9 The Neon Judgement - Don't Be A Drag
A10 Steve Masters - Turntable Aktion
B1 Signal Aout 42 - Pleasure And Crime
B2 Nine Inch Nails - Head Like A Hole
B3 Mysterious Art - Das Omen, Part 1 (instrumental)
B4 S'express - Theme From S'express
B5 MCL Microchip League - New York
B6 Secession - The Magician
B7 Kon Kan - Move To Me
B8 5678 - Shut Up And Dance
B9 Front 242 - Headhunter
And this was filler, detritus on the tape left before:
B10 Jesus and Mary Chain - Rollercoaster [altered]
The waveform has a bright 16kHz line for the first 23 minutes, probably some sort of electrical interference when this was getting copied. 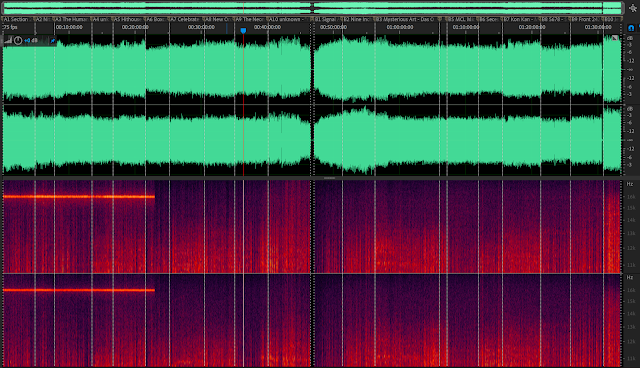 MOVE YOUR FEET TO THE RHYTHM OF THE BEAT