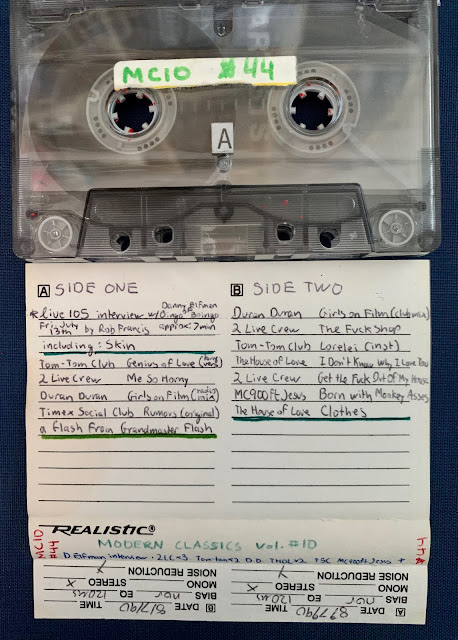 Volume 10 of a series of these.  Starts off with an annoying-sounding Rob Francis interview of a bored-sounding Danny Elfman, from 1990-07-13.   I guess all those movie soundtracks were waaaay more lucrative than Oingo Boingo proved to be, but "Skin" is a pretty good song, admittedly.  Still, a good curio for fans interested in their work, even if the interview itself is cringey on multiple levels.

Even better is a long version of Tom Tom club's "Genius of Love", which I believe I pulled from the Sire 12".

And then...my first of several shares of 2 Live Crew's As Nasty As They Wanna Be LP, which I had on cassette.  People literally were getting arrested for indecency from selling this, if nothing else, Luke Campbell did strike a blow for artistic freedom.  Now all of this seems quaint as we have literal "Proud Boys" Nazis with the same freedom to express their hateful views.  So maybe the less said, the better, but probably the only mix tape where you'll see both them and the brilliant MC 900 Ft Jesus on the same magnetic tape.

Also had a copy of Duran Duran's "Girls On Film" 12", as both sides made it on here.  And then the Timex Social Club and a White Lines flash from Grandmaster Flash, both from a Masters mix taped from radio. 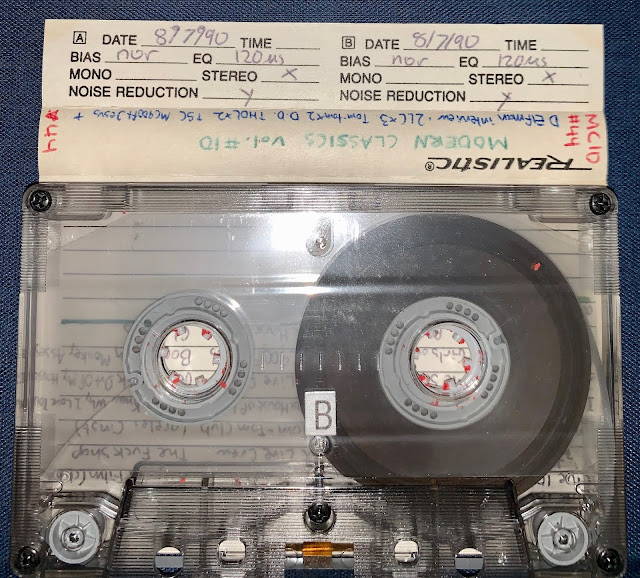 About this time, I'd discover the joy of Guy Chadwick and Terry Bickers' The House Of Love.  Had not the blasted pandemic hit, I would have been able to seen them perform again.  Unfortunately, this tape was not worse for wear, so I was not able to transfer the last two songs as the tape had gotten sticky with old age, not allowing the transport to turn the cassette reel.  Given the last two songs aren't anything unique, I decided to forego to instead present these from YouTube.

FLLR UP  (doesn't include the last two songs, as I couldn't transfer them)

MC 900 Ft Jesus - Born With Money Asses.  The ravings of a schizophrenic old woman, set to beats.  Not sure if we'll ever find out where this was taken from.

The House Of Love - Clothes.  All of their early stuff is great, this is no exception.  As a YouTube comment in a different video put it, "Another crystal moment of beauty from a band that specialized in crystal moments of beauty".