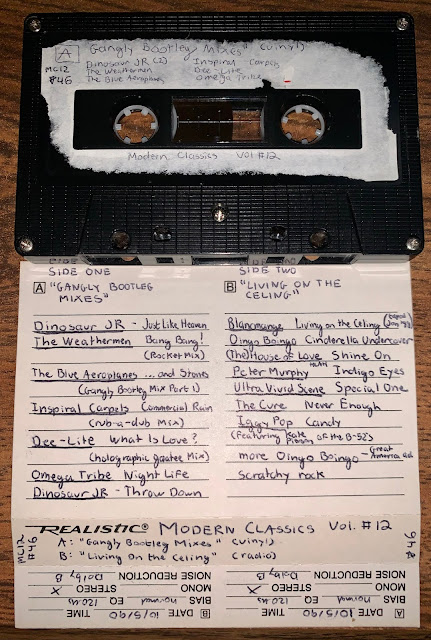 << Pulled down from my collection of stuff on vinyl.  The Dinosaur Jr Cure cover track really cuts out like that, on record.  Really disconcerting when I heard it the first time.  The most enjoyable track on here is the Omega Tribe one since I hadn't heard it since.   The best title for a remix does have to be the Holographic Goatee mix.... must be a DJ Keir reference...heard a recent story about that band and how they loved to party. >>

"Living On The Ceiling" 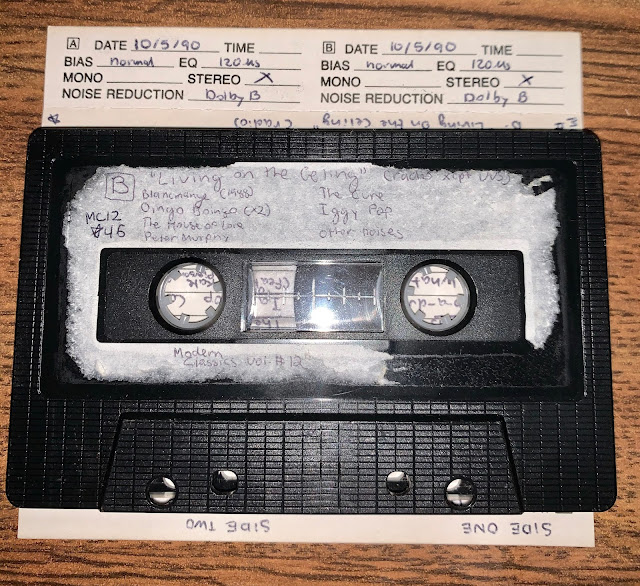 Blancmange - Living On The Ceiling (taped Jan '88)
Oingo Boingo - Cinderella Undercover
The House Of Love - Shine On
(Nice Inch Nails - Head Like a Hole, intro only)
Peter Murphy - Indigo Eyes
Ultra Vivid Scene - Special One
The Cure - Never Enough
Iggy Pop - Candy (featuring Kate Pierson of the B-52s)
an Oingo Boingo Live 105 Great America ad
"scratchy rock"
<< If I remember, think all the tracks up to Peter Murphy's were recorded from the radio, with UVS and The Cure being on CDs...and then Iggy and the great Oingo Boingo ad and the rest was be back on the FM recording these.  Think this tape was lying around, begging to be filled, hence the 2 year gap between when the Blancmange track was taped and the rest of it.
This is the last from this series, though far from the last tape I'd do...the next one coming up is called "New Music", which is missing Vol 1, but 2-6 (with an interruption from an 'Industrial-ish mix' tape) will be making its appearance shortly.  Someday I'll track down Modern Classics 1-5. >>
GANGLY CEILINGS
Live 105 mix tape