<<  Third in a series, and dating a week after the last installment.  This features yet another 'AT THE EDGE' set from DJ Bernard (Cabigon).  This Bizjournals article represents much of the biographical information we have about him.  Some of his mixes also appeared on various Art Of Mix compilations, which I don't have.  The Realistic J-Card wasn't original as I think I was one short, you'll see the next tape doesn't even have labels, though it does have its original insert. >> 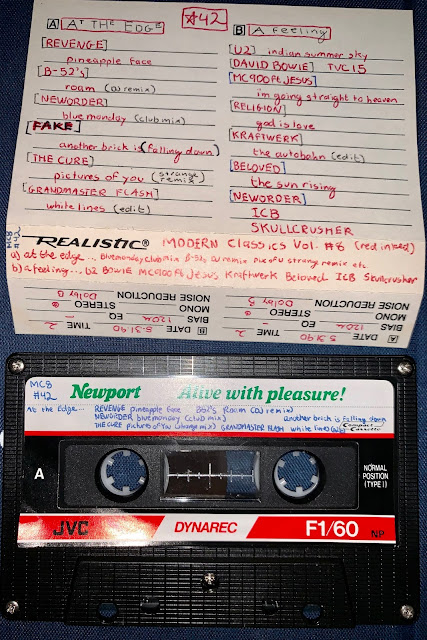 (only wrote in 'Fake' when digitizing this, as I didn't know who this was by.) 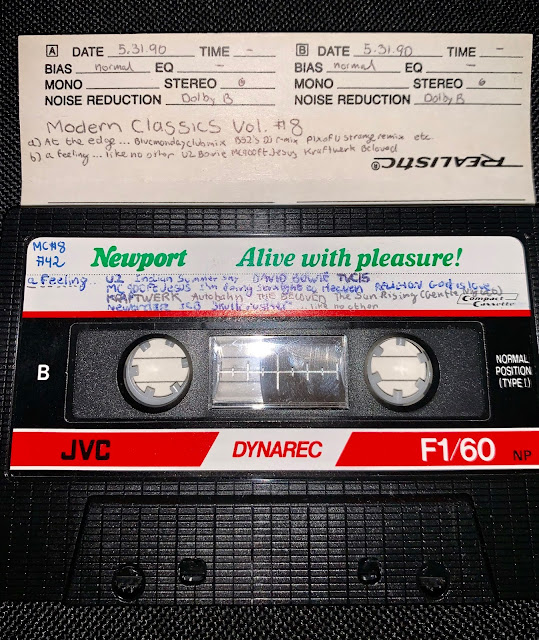 U2 - Indian Summer Sky
David Bowie - TVC15
MC 900ft Jesus - I'm Going Straight To Heaven
"Religion" profile - "God Is Love"
Kraftwerk - The Autobahn (edit)
Beloved - The Sun Rising
New Order - ICB + Skullcrusher
Robbie Dupree - Steal Away (snippet, uncredited on j-card)
STEAL AWAY
Quite a good set of tracks blending songs taped from the radio (U2/David Bowie/Kraftwerk) with purchases (MC 900ft Jesus, more on them in a second), Beloved, and New Order.  The real revelation here was MC900ft Jesus, whom I knew was one Mark Griffin out of Dallas, but what I hadn't realized was that he had reformed several years ago.  Here's a couple of sets that you should check out from their reformation.  No DJ Zero, though.
MC 900 Ft Jesus Live Record Store Day Good Records, Dallas - 4/22/2017
MC 900 Ft Jesus at the Kessler Theater, Dallas - 2/3/2017 (montage)
The City Sleeps
Live 105 MC 900 Ft Jesus mix tape new order