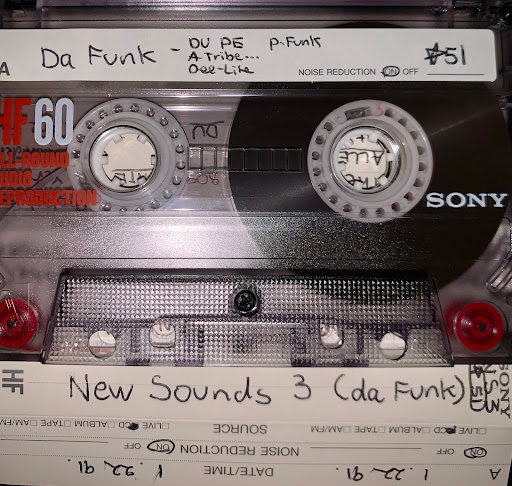 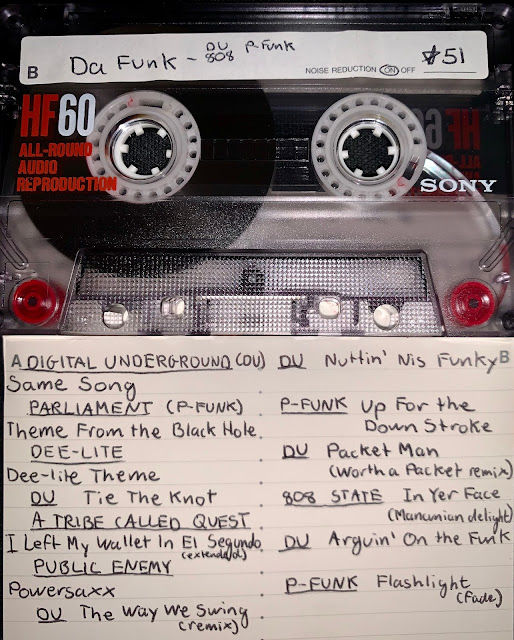 <<  New songs, indeed.  This set was entirely made up of my P-Funk and Digital Underground CDs, with a couple of other singles thrown in there.  Have to credit my UC Berkeley ridemate for exposing me to these sounds, even when I bemoaned how weak his car stereo system sounded.  With a ride back about the length of a C90 during rush hour traffic, this would have been the tape to play for the morning commute which was typically, but not always, faster.

Not sure what happened to tapes #47 and #49.  Maybe they were pulled out due to some nascent earlier interest which was never consummated? >>